Tanaya is a pre-biology major at UCSB, from Mission Viejo, California. Her hobbies include painting, singing, playing guitar and Indian drums, and playing basketball. A random fact about Tanaya is that she lived in India for half of her life.

Starting your Dorm life: What’s Included and What to Bring 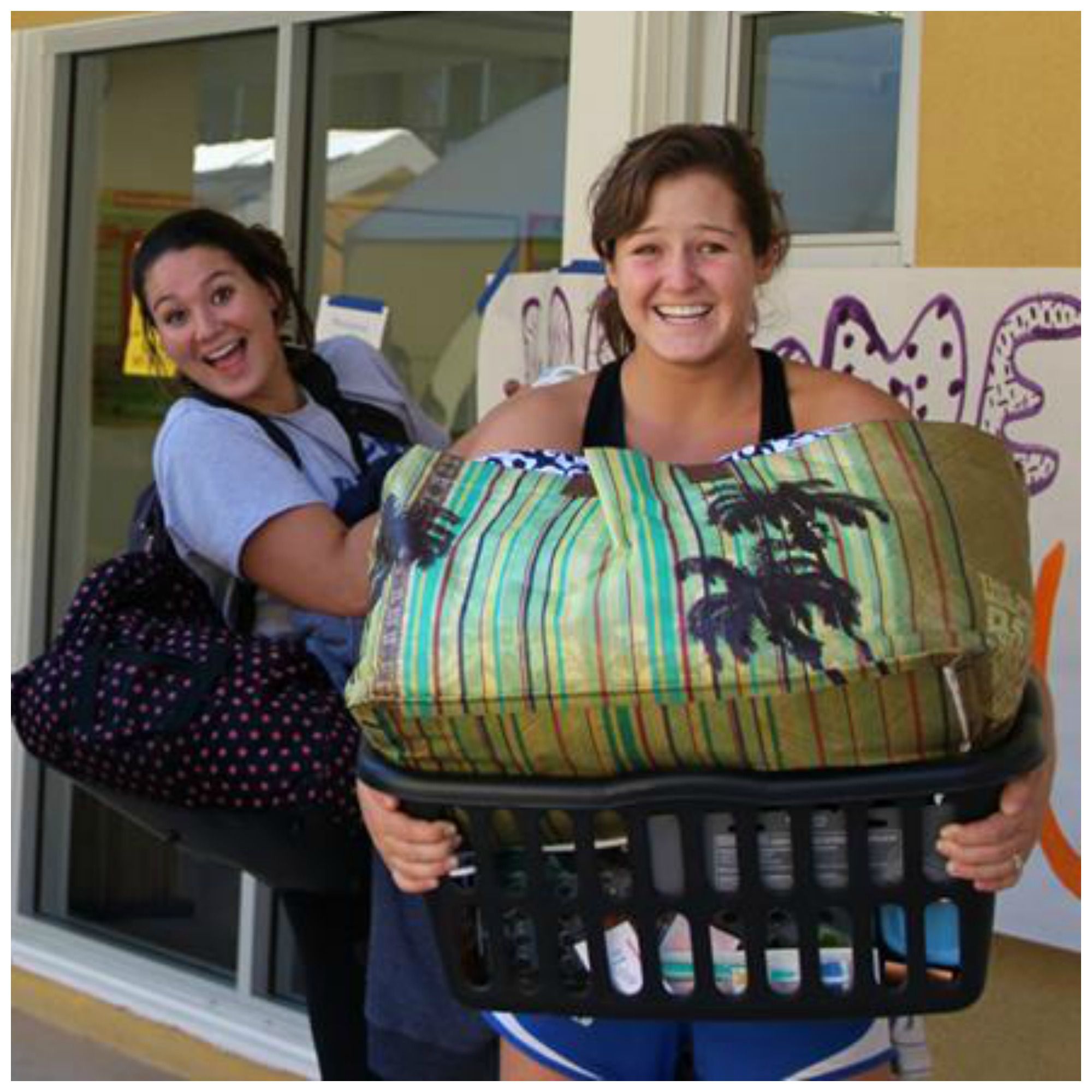 Wondering, worrying about, and overthinking what to bring to college? Well put your mind at ease, because it’s easier than you think, and after reading this you won’t be making the same mistakes so many students make, year after year.

The first and foremost tip I have for you, my UCSB classmate, is pack LIGHT, and pack just what you NEED. Roommates, their own belongings, and the bustle of college life will soon show you that a few and well-chosen essentials will be all you need to help make your time here sweet and successful.

The suites here come ready-to-go with most home furnishings: Your bedroom includes a bed frame, twin XL mattress, desk and chair and chest of drawers. That leaves for you to bring along bed clothes (twin XL sheets, pillow, comforter), and study supplies, such as your computer, a desk lamp and headphones (personal recommendation!). A great resource provided for residents here at Trop is the 24-hour study lounge, where you have full access to a couple of desktops as well as a printer (so no need to bring one!) Some items that are easy to forget are a laundry basket and laundry supplies, which can be used in the laundry room on site. For your bathroom, you would want to bring a good amount of toilet paper, and a shower caddy to keep all your bathroom stuff organized and separated from your roomies’. Plungers are provided in the restrooms, as well as a light housekeeping service twice a month.

The living room comes similarly outfitted with couches, end/coffee tables, and (wait for it) a large FLAT SCREEN TV (what?!) Some other super-useful utilities include a microwave and mini-fridge, also for the entire suite to share. This means you can definitely bring some cup-o-noodles, cereal or late night snacks to store in the fridge or small shelves in the living room. Other than all listed above, consider bringing what makes you you: posters, photographs, or other such decorations are easy to transport and add an extra homey feeling to your new room. Also, now that you’ll be living in the beautiful little beach town of Isla Vista, a beach towel, sunscreen and a bathing suit are minimal necessities to enjoy the ocean in our backyard. Most locals around here also travel around town and on campus by foot, longboard, or bicycle (my personal choice!), so a bike or a board are definitely not going to be catching dust. (Useful tip: if you’re going to bring a bike, make SURE you buy a good U-lock for it!)

So that’s it! Check your suitcases twice to make sure you have everything you need (and not much more!), and remember that anything you’re missing can be purchased nearby or brought up the next time you go home. Don’t hesitate to call the Tropicana Front Desk for any further questions on what’s included, and get ready to start some of the best years of your life!

Trips around Trop: The Beach(es) in your Backyard 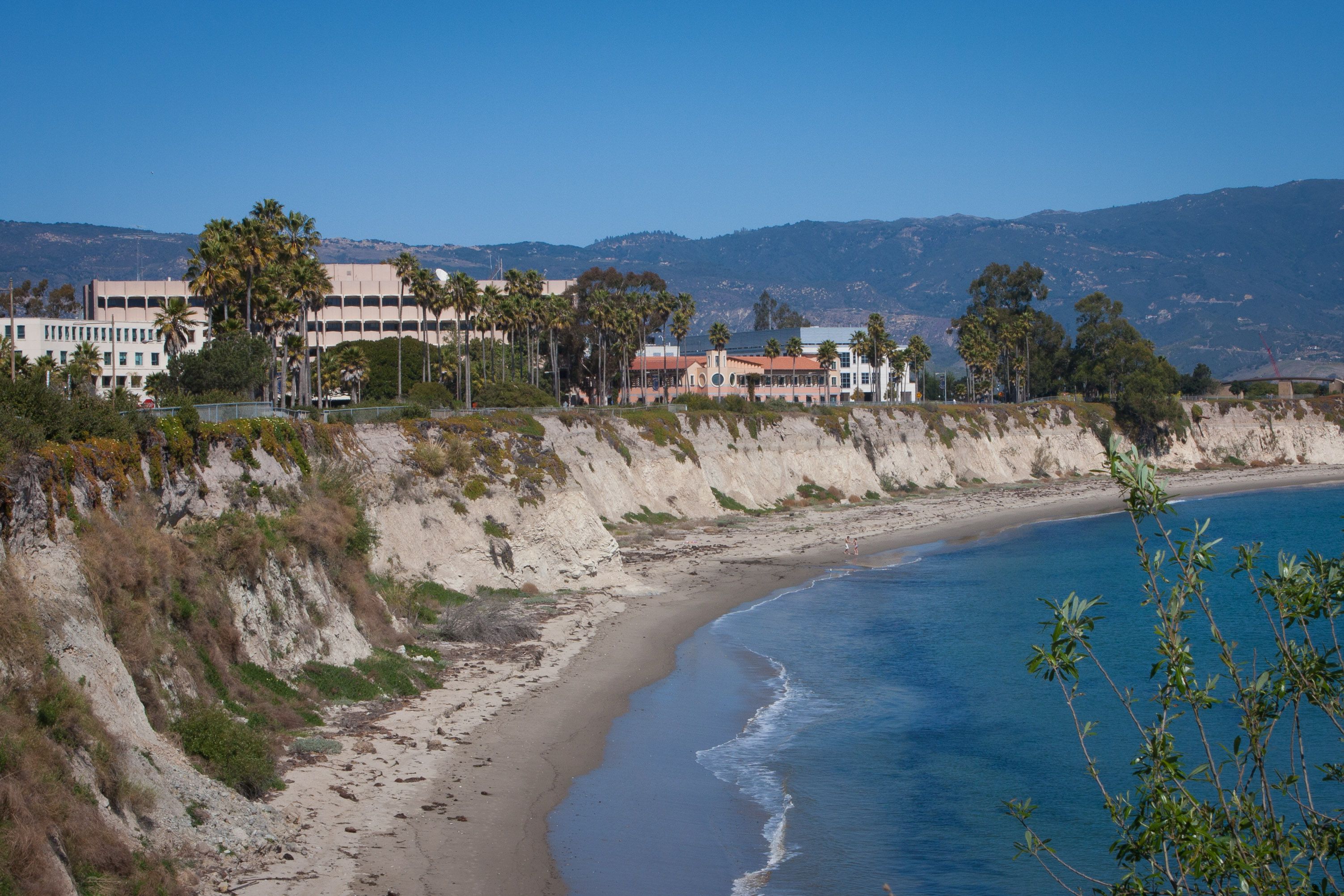 Soft sand between your toes. A light ocean breeze and the bright sun’s warm caress against your back. Your beach towel awaiting your return as you catch a couple of cool waves in the shallows of the Great Pacific. You’re probably thinking, “Cool, Hawaii?” But I kid you not; this is a first-hand (and foot) experience of mine from earlier today.

Living in this little college-town definitely has its perks, and I’d be lying if I said having the Pacific Ocean in your backyard isn’t a huge one of them. Halfway through my first year at UCSB, I realized just how unique my experience here would be: when, again, in my life would I get the chance to live amongst my friends, earning a world-class education, while living practically on the beach? After this little epiphany, I stopped taking my location for granted, and began to actively (and at times obsessively) explore the myriad coastal delights surrounding me.

Pretty much any UCSB student walking on the street will know where Campus Point is; located right next to the larger on-campus residential complex (Anacapa and Santa Cruz Halls look out into the ocean), this beach is a favorite beginner’s surf spot for students and locals alike. I always like to visit the colorful tide pools near the southern end of the point, where it isn’t unusual to see squishy pink starfish during low tide (don’t touch!)

Some other popular beach access points stem from the famous Del Playa Drive, known to locals as DP, hugging the UCSB campus on one side and the ocean on the other. From Trop, this is the east way to get to the beach; when I’m really eager I walk out the door and keep walking southward until I hit DP, and then take the closest staircase down to sea. I can’t put into words how relieving and calming to see this wide expanse of water spread out in front of you, and there is something really comforting in the knowledge that the water is so close to escape to or enjoy. I often think of the ocean as this powerful protective entity that always has your back (in our case, literally!)

My latest coastal craze has been Sands Beach. Beginning at the end of DP, it extends up to Coal Oil Point, which is at the tip of a reserve dedicated to protecting the coastal ecosystem and its particularly threatened bird species, the Snowy Plover. This beach is further from the heart of IV and so often time is more pristine and less crowded than other beaches, and you’re most likely to see sunrise surfers here. There is also a trail alongside the beach, which makes it a picturesque and favorite spot for runners and yoga-doers alike. The latest fad has been bringing giant air-filled rafts to laze around in the sea with friends.

This only scratches the surface of the plentiful local seaside paradises; the list goes on and on. Additionally, as only a second year here at UCSB, I don’t pretend to know all the beaches around here, and am not a surfer in any consideration. But that’s the best part about it! Anyone here can enjoy and benefit from the beautiful beaches around us, swim or tan or jog or maybe even learn to surf. That’s my goal, and I still have two years here to look forward to. Who knows what they’ll bring!

Getting Around your College Town 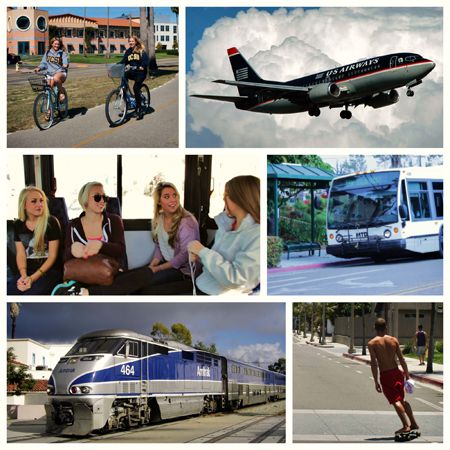 Walk around Isla Vista during the school year and what do you notice? Everyone is trying to go somewhere. One of my favorite things about this beachside college town is the eclectic variety of ways that people get around. The fact that the majority of the UCSB population lives within a few blocks of their school means that a car may not always be the transportation of choice. In addition, the overall levelness of the terrain, as well as many pathways for non-car traffic leaves room for a kind of awesome range of transportation.

In 2011, UCSB was ranked as #3 in the “Most Bicycle Friendly Colleges” list by Huffington Post, and has maintained that ranking ever since. With more than half of the student population choosing bikes as their primary mode of transport, this makes UCSB the college with the highest percentage of undergrad bicyclists (preferred mode of transport) in the country, and with good reason! Isla Vista’s roads themselves have clearly marked bicycle lanes, and a body of car traffic very accustomed to their two-wheeled peers. But the minute you enter the UCSB campus, you’ll be astounded to see the intricacy of the brisk bike traffic.

The 10 miles worth of bike paths begin as soon as you step foot on campus, clearly separated by white and yellow painted markings to indicate lanes, roundabouts, stop signs, and even yields. Bike racks are abundant and strategically placed all throughout campus, and UCSB even employs the on-campus Associated Students Bike Shop for students’ bike repair needs. Having been one of the 14,000 bike commuters, I would highly recommend it. It’s convenient and quick, and living at Trop, there’s no dearth of bike racks, positioned both underground and alongside the building. One huge tip for bikes though: MAKE SURE YOU LOCK ‘EM! A sturdy U-lock will go a long way to prevent bike thefts.

But now you’re probably wondering, what about the other 50% of students? I, after being primarily a bike commuter for 2 years, began looking for other ways to get around. If you prefer a calmer pace of things, walking is another great way to get around, and it doesn’t actually take all that much longer (sometimes bike paths=detours). There are more route options and possible shortcuts as a walker, and you don’t have to worry about locking up your bike.

Sharing the walker’s sidewalk or road will often be the boarder. An increasing number of long boarders, penny boarders, and traditional skateboarders alike are seen to be zipping stylishly around IV and UCSB, the happy medium between biking and walking. The overall lack of hills makes this area a favorite for boarders, and let me tell you, boarding is delightfully enjoyable in addition to being convenient. Like walking, you don’t have to worry about locking or parking, and instead just carry the board inside with you. Other than that, you do see the occasional scooter, roller blade, or (my personal favorite) unicycle commuter, and I’d say whatever your choice of transport, it will be respected. Word of caution to all sidewalk travelers though: Bikes have the right of way, and bike traffic will not stop! Cross a bike path the way you would cross a street.

Now this about covers local means of transport, but what if you want to go further, such as to the store or SBCC (downtown)? Several students (often in their 2nd or 3rd years) opt to bring their car to college. Something to keep in mind about cars is that unless you want to park on the street, parking is an additional expense, both in your residential area as well as on either (UCSB or SBCC) campus. Parking itself can take an additional 10-15 minutes depending on the time and day, but driving is a great option in case of injury or transporting things. Another great way to get around somewhat longer distances is public bus. MTD schedules are available online, or even easier in the ‘bus setting’ in Google Maps, and bus stickers (which allow you to travel for free) are given out to all UCSB and SBCC students at the beginning of each quarter/semester. The buses are generally prompt, safe, and a popular choice for students and residents alike.

The year-round sun in Santa Barbara gives you the freedom to bike, board or stroll to your destination. In addition to being convenient, these are also a great source of quick exercise. Whatever you choose, I guarantee you will appreciate the beautiful setting of your campus as you get around!